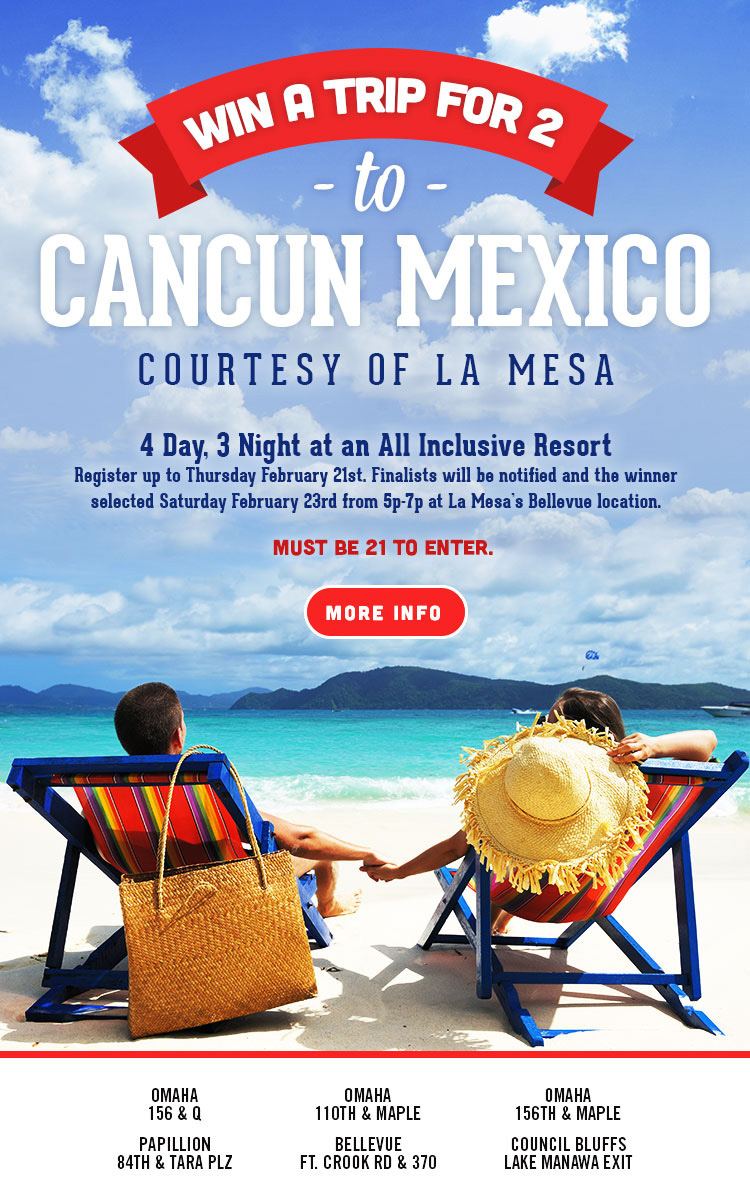 The promotion was intended to drive customers into the (6) La Mesa metro locations during January and February to register for a chance to win the trip to sunny warm Mexico!

The promotion culminated with qualifiers meeting at La Mesa for a two-hour event where a winner was crowned!

Wednesday-Friday to drive weekend dining. The promotion was highlighted in each La Mesa location and on their web site.

Email blasts were sent to the La Mesa database promoting the event as well as using Facebook and Google ads to promote registering. The promotion culminated with qualifiers meeting at La Mesa for a two-hour event where a winner was crowned!

The Results? Restaurant sales were up over 30%. Web site traffic increased over 50% and the promotion was the 4th highest page viewed. The promotion drew over 3,000 entrees, and a record number of 150 qualifiers. In addition, the campaign added over 1,000 names to La Mesa’s email marketing database. And of course one lucky couple is headed on a free trip to Cancun, Mexico!